Posted by Copy Curmudgeon on September 11, 2012 in Grammar

Why, oh, why did I start this blog out with a post about prepositions when I know full well that those pesky little words are constantly setting traps for the unwary? Hubris, I suppose.

Although the point of my last post is still perfectly sound, it appears I goofed with at least one of the sample sentences I gave. @anotherlinguist helpfully pointed out to me on Twitter that in the sentence “The rain came pouring down,” down is actually functioning as an adverb, not a preposition. See, prepositions describe the relationship between two things, and that sentence doesn’t contain a second thing, an object of the preposition. So down is describing how the rain fell, not where it fell. It’s a tricky distinction, but Elizabeth O’Brien (@grammarROCKS) does a good job of breaking it down. I’m convinced of my error, so I’ve replaced that sentence in the post with a better example.

Then, to make things even more confusing, @ArrantPedantry made a reasonable argument that the would-be preposition in “Get out!” is also functioning as an adverb. In this case, I think the object is implied and out is still a preposition, but to avoid confusing readers, I’ve replaced this example in the previous post with a less ambiguous one.

All this ambiguity is itself another excellent reason to try to forget that anyone ever told you not to end a sentence with a preposition. Down, in my sample sentence, is not a preposition at all, but surely many overzealous teachers and editors would mark it as one, because they find the subject as confusing as the writers whose text they’re marking up. And in the other sample, well, if two linguists and a copy editor can’t agree on whether out is a preposition, what hope is there for a third-grader or a writer on a deadline?

Ending a sentence with a preposition is an acceptable, comprehensible part of written and spoken English, and trying to avoid it will make your writing awkward and your brain mushy. Just roll with it.

← Ending a Sentence with a Preposition
The Serial Comma → 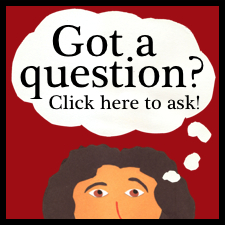 Click here to get this slogan on a T-shirt, mug, or other merch!